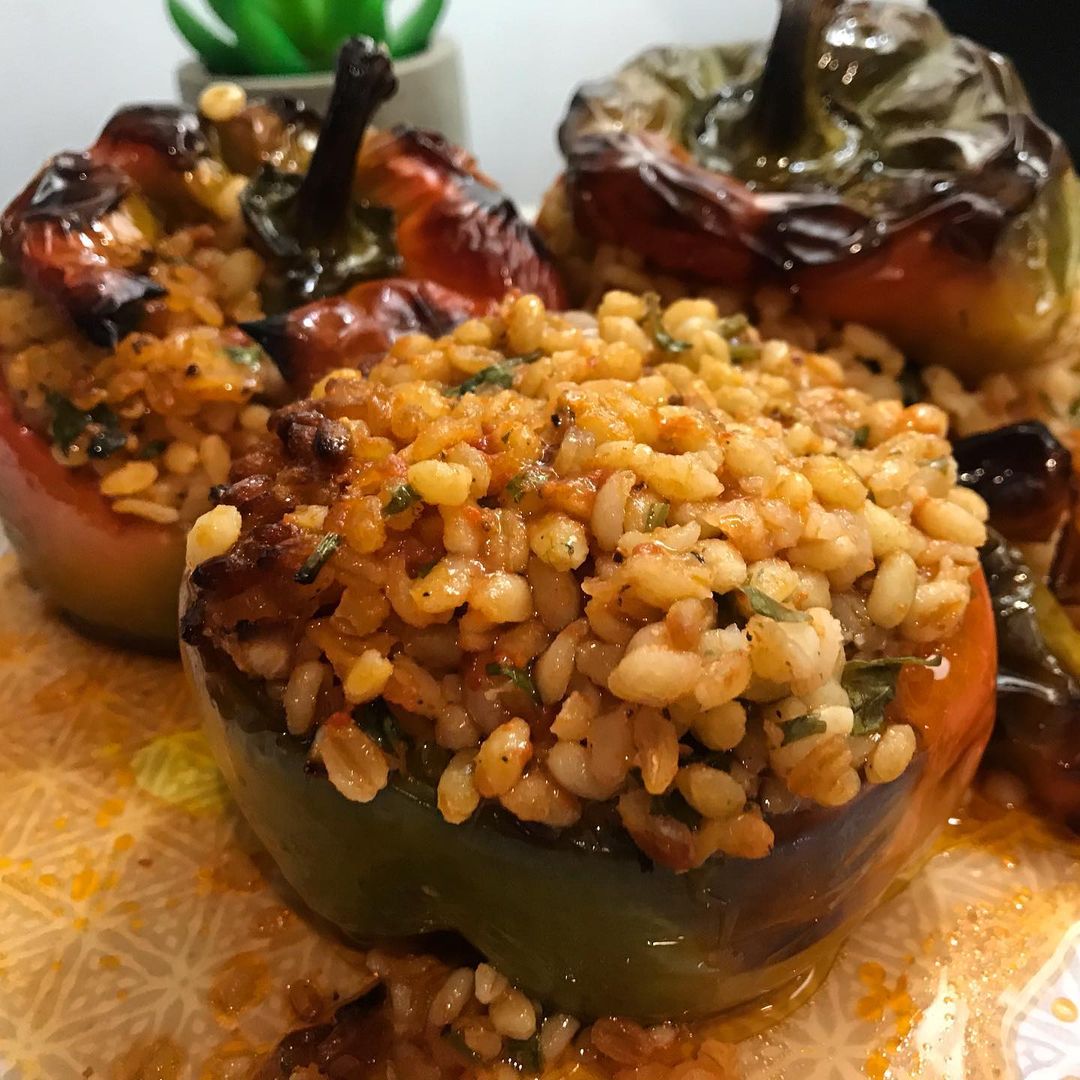 My household simply loves Bulgur wheat, it’s nearly a staple and a rice substitute in our home. I typically make a dish of bulgar rice as a facet to most of my saucy dishes, in my view it’s waaaay higher than rice.

At the moment, I stuffed my capsicums with them, these are 100 % and tremendous scrumptious.

6 enormous capsicums, clear the bits within the centre and discard.

In a bowl, add three cups of bulgar (pre soak the bulgar in sizzling water for 10 minutes ) three very ripe tomatoes chopped to an inch of their life, a bunch of parsley, 2 crushed garlic cloves, 2 grated onions, half cup of additional virgin olive oil, salt, pepper and 1 tsp of cumin

Stuff your enormous capsicums and place in a deep oven dish.
Add 1 litre of vegetable inventory, half cup of oil within the dish.

Cowl with foil and bake for 40minutes on 170 levels. 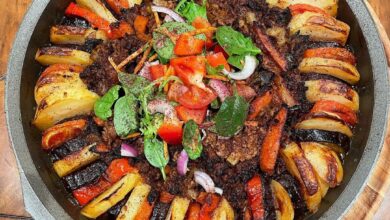 I came across this dish whilst scrolling through feeds, I didn’t quite understan… 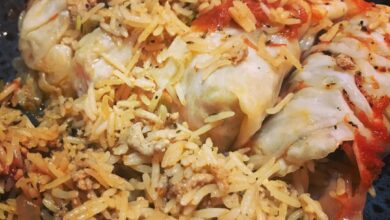 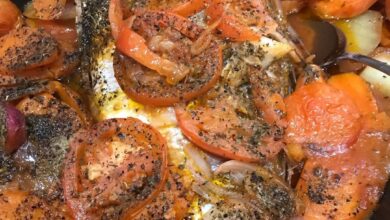